AWS (Alliance for Water Stewardship) Be ready for water risks

When you think about water risks, you may come up to some key words like River flooding, Landslide disaster, Urban flooding, Storm Surge. Unfortunately there were many people killed, homes damaged and society impacted by those power of water. 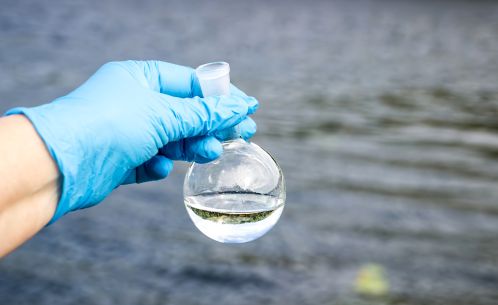 Today I would like to think about how we can be aware on those risks and take preventive action before it takes place. Here are cases caused by those power of water in recent years in Japan.

Reflecting those cases, the important thing is to know the risks in your area. In the past, most of the damage occurred in areas where flooding, inundation, and landslides were anticipated. Check hazard maps and be sure to know the risks in your neighborhood in advance and evacuate as soon as possible. It is important to note that water levels can rise even after the rain has eased, as was the case with Typhoon No. 19 in 2019, when flooding occurred one after another after the special warning for heavy rain was lifted. If the situation has already worsened, such as when flooding has already begun, one method is to move to a sturdy building as far away from the river or cliff as possible. In some cases, moving to the second floor or higher of your home away from the slope may save your life.

Preparing for Future Flooding is more important. Remember it is too late when people say “we never thought we would see the damage“ and this is a phrase that is heard repeatedly every time flooding occurs. Please think of yourself as a victim and check your local flood risks and evacuation procedures now. There are things you can do by yourself.

On the other hand, I would like to address the case, a landslide occurred in Hakone in 2021 which brought wide issues involving administrative weakness by Japanese government and think about how it can be managed.

According to the prefectural government's investigation, the majority of the sediment that flowed out of the river was a fill that was located in the upstream area of the river. The height of the fill was approximately 50 m, far exceeding the 15 m that had been reported to Atami City, and was in inappropriate condition.

One of the reasons pointed out for the large amount of residual soil brought in is the weak regulation of construction debris. A contractor in Shizuoka Prefecture who is contracted to dispose of construction debris testifies that the prefectural ordinance is "less restrictive" than those in neighboring prefectures, where the penalty for violating the ordinance is a fine of up to 200,000 yen, which can be punishable by imprisonment.

Construction soil residue, which is believed to have been included in the collapsed fill, has become a nationwide problem in recent years. According to the Ministry of Land, Infrastructure, Transport, and Tourism, approximately 290 million cubic meters of construction overburden is generated every year. This is equivalent to about 230 cups of Tokyo Dome. While 80% of the soil is reused for landfill construction in waterfront areas, some of the remaining soil is disposed of inappropriately. However, there is no national law regulating construction soil itself, and local governments have established their own ordinances to deal with inappropriate behavior. In response to this disaster, a meeting of several ministries and agencies was launched to discuss measures to prevent damage caused by fill, but discussions on construction residual soil have yet to begin. With the damage caused by improperly brought in construction overburden and collapses occurring all over the country, the government is required to take new measures rather than leaving it up to local governments alone.

It is becoming clear that the cause of the tremendous damage, including 26 deaths was the fill in the upper reaches of the Aihatsu River. Earth and sand, including industrial waste, were dumped on the steep slope, which collapsed in one fell swoop due to heavy rainfall. In some aspects, it can be said that this was a "man-made" disaster.

The massive landslide disaster that occurred after the heavy rains still leaves a deep scar on the hearts of the people living in the area as well as in the region. This disaster is also deeply related to water, and cooperation with related government agencies is a prerequisite for preventing similar "man-made" disasters from occurring.

As an end of this column, I would like to introduce “Alliance for Water Stewardship(AWS) Standard“ to approach those water risks and preventions. In this standard, there are requirement defined from step 1 to 5 where mentioned in step 1:Gather and undertand, 2:Commit and plan, 3:Implement, 4:Evaluate and 5:Communicate & disclose. Those shown in more detailed requirements are surely useful and helpful to approach on those concerning topics and agenda.