30 years ago, it was pretty easy to discern what was an Audio/Visual (AV) product and what was a computer (IT). Your high school probably had an AV Club and a Computer Club. And your kids probably have no idea what those are (as they’re laughing at your yearbook photos). 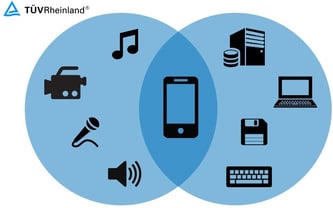 The International Electrotechnical Commission, one of the oldest standards-making bodies in the world, convenes Technical Committees (TC), comprised of various experts, academics, and government officials.

TCs are tasked with creating the actual standards that then will be adopted by the IEC and by extension, the rest of the world.

IEC TC 108 is responsible for standards regarding the “Safety of electronic equipment within the field of audio/video, information technology and communication technology.” A few years ago, TC 108 developed a new standard that would replace, not just revise IEC 60065 and IEC 60950-1.

Because the line between “traditional” AV devices and IT equipment was becoming blurrier, it was decided a new “hazard-based” standard would cover both electronic equipment and IT/Communications technology. The result was IEC 62368-1, Audio/video, information and communication technology equipment - Part 1: Safety requirements.

It is crucial to understand that IEC 62368-1 is a new type of standard:

From the beginning, the technical committee meant for IEC 62368-1 to strike a balance. It was intended to:

The end goal is the design and manufacture of safe products. Because it is to be so widely utilized, the new standard needs to be stable, understandable and user friendly. The new standard is hazard- and performance based, which places more emphasis on evaluating a product for safety during the design stage. There are four significant changes from prior types of standards.

Previously, a device was evaluated with regards to how likely a person was to get an electrical shock injury, generally by bridging two ‘live’ operating parts. After considerable study by the Technical Committee, the energy hazard requirement has been removed from IEC 62368-1.

In order to smooth the transition between the new standard and the legacy standards, components and subassemblies that comply with IEC 60950-1 or IEC 60065 are accepted without further investigation. This will apply only during this transition, and will be phased out in the future.

Another significant change is the Touch Temperature limit, which now varies in accordance with the given part’s accessibility and expected duration of contact with a user’s body. In addition, the limits are based on (and tested in) a standardised 25 degrees C ambient temperature rather than at the manufacturer’s rated ambient.

The implementation date for the new safety standard IEC 62368-1: Second Edition is June 20, 2019. The standard UL/CSA 62368-1 has been adopted in North America and the dates have been aligned with the European Union. Moreover, an IEC 62368-1: Third Edition is currently in development and TÜV Rheinland will report as this process moves forward. It is expected to be published in mid 2018.

For more information, speak to our experts: