As is commonly understood among the Chinese, to appear decent, people need apparel like horses need a saddle. Although some argue that one cannot judge a book by its cover, apparel today represents not only one’s taste, but also one’s attitude in life. When glancing at in-street photo shoots released by various fashion media, you might be surprised that the vogue and glamor of fashion clothes and accessories are no longer limited to models. Trendy and attractive outfits on common people also exhibit eye-catching scene. 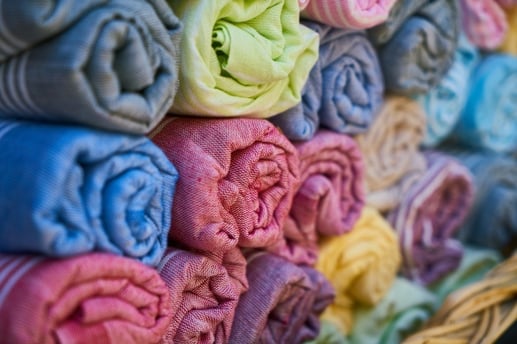 It might be shocking when certain numbers are checked. According to the prediction released by Statista, by 2025, the global market volume of apparel will amount to USD 2,100 billion (representing approximately RMB 13.7 trillion). In addition, China will become the largest apparel market in the world, with a market volume of USD 540 billion (representing approximately RMB 3.5 trillion). According to Statista’s prediction, China will account for 25.6% of the entire global apparel market.

In recent years, China apparel industry has been confronted with quality issues. In addition, even some world-renowned luxury brands are frequently recalled due to the quality issues. In this August, the General Administration of Quality Supervision, Inspection and Quarantine of the People’s Republic of China issued a recall announcement for some imported luxury brand’s Children’s apparels, as their pH value and formaldehyde level exceeded China’s mandatory standards.

Countries in the European Union (EU) have always been a major export market for China apparel industry. From 2011 to 2015, its export value accounting for 24.4% of the total export value. EU stresses great importance to the quality and safety issue regarding apparel products. “Clothing, textiles, and fashion” is one of the product category under the Rapid Exchange of Information System (RAPEX) that is generating the most concern. According to the statistics available under the RAPEX, 329 reports in total were related to clothing, textiles, and fashion items, among which, 171 reports involved clothing, textiles, and fashion items from China as the country of origin. This report accounted for 52% of the total reported items.

As to the clothing, textiles, and fashion items, the primary risk exposure as reported under the RAPEX refers to “injuries” and “strangulation”, which has consecutively exceeded 60% of the risk exposure as reported over the last three years. Such risk exposure is commonly detected in such apparel as sportswear and bikinis for girls. Strings and functional cords attached to such apparel that fail to comply with the requirements may cause children to get caught in fences, automated escalators, and other equipment, which may further lead to their suffocation. To address such risk, European countries stipulate apparel items for children must be in compliance with the EN 14682 standard. TÜV Rheinland is capable of assisting manufacturers in conducting stringent inspections and testing over apparel items in accordance with this standard to ensure that apparel items are free from such risk exposure as “injuries” and “strangulation”.

The “Chemical” risk exposure ranks second. It involves hexavalent chromium contained in leather products. Hexavalent chromium contains sensitive substances that may trigger allergic reactions. If apparel items contain prohibited Azo dyes, such items will blend with compounds released due to one’s metabolism and cause reduction-oxidation following a prolonged contact with one’s skin. In such case, aromatic amines, which are cancer-induced substances, will be generated. In 2013, cancer-induced aromatic amines were detected in a batch of winter school uniforms manufactured by a Shanghai-based fashion company, thus becoming a hotspot for “toxic school uniforms”. This further drew attention from the community. To address such risk, TÜV Rheinland, who also has rich experience in such inspections and testing, will be able to exercise stringent control over apparel items in accordance with the Regulation (EC) No 1907/2006 concerning the Registration, Evaluation, Authorisation and Restriction of Chemicals (REACH), thereby eliminating the potential chemical risk involved in apparel.

As a global leader in the testing, inspection and certification industry, TÜV Rheinland’s laboratories are accredited certified by Die Deutsche Akkreditierungsstelle GmbH (DAkkS) in Germany, China National Accreditation Service for Conformity Assessment (CNAS) in mainland China , and Hong Kong Laboratory Accreditation Scheme (HOKLAS) in Hong Kong, enabling it to provide the relevant testing and certification services to apparel items in accordance with the mandatory and recommended requirements under the international or national standard and provisions.

TÜV Rheinland has been providing testing and certification services to a list of reputable international brands in apparel, including Diesel, DKNY, NEXT, etc. With professional qualifications and experience, TÜV Rheinland will assist manufacturers in ensuring the safety and quality of apparel items through the following procedures.

At the initial design phase, TÜV Rheinland is capable of assisting apparel manufacturers in overall designs, demographics, and designs of small parts and accessories, and exercise stringent safety assessment in compliance with the relevant international or national standards. In addition, the inspection and testing schedule required for apparel items will be optimized.

Prior to mass production of apparel items, TÜV Rheinland will assist manufacturers in conducting preliminary testing of samples, which will ensure the safety performance of those items manufactured.

During the process of pre-production, production, and post-production of apparel, TÜV Rheinland will conduct a sample inspection and testing over finished apparel items in many areas, including outer look, cohesive force, and sharp tips and edges to ensure the overall quality.

If apparel contains zippers, buttons, rivets, sequins, or other decorative accessories, particular attention shall be paid to the sharp corners and edges of these small decorative parts. Small parts, including buttons, beads, decorative yarn balls, bows, and fine strings, will pose a potential safety threat to children under 36 months old. Such small parts attached to apparel must be reinforced to eliminate the potential risk of suffocation.

Dark-colored apparel, as well as apparel items that contains a large area of dye patterns, must be avoided as much as possible, as such apparel might contain an excessive level of phthalates, which easily poses a threat to the immune system, the digestion system, and the endocrine system.