These Companies Have Beaten Bribery! So Can You! 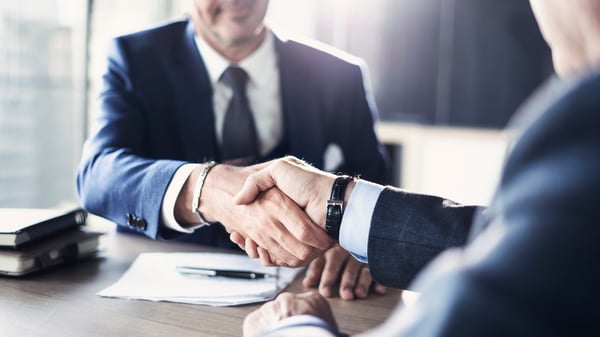 Bribery and corruption remain a major issue affecting many countries around the world with the World Bank estimating that over $1 trillion US dollars are paid in bribes every year. It has become a modern-day cause of instability, inequality, and poverty, especially in many developing economies.

As such, bribery is becoming a high-priority public concern reflecting civic and legal pressures. Despite this, many businesses each year still find themselves embroiled in corruption scandals.

“In many cases, it has been tolerated as a ‘necessary’ part of doing business. However, increasing awareness of the damage caused by bribery to countries, organizations, and individuals has resulted in calls for effective action to be taken to prevent bribery,” says Neill Stansbury, Chair of ISO project committee ISO/PC 278 responsible for the new standard, the ISO 37001.

So, what can you do to minimize the risk in your company? In this blog post, we look at three companies that have taken steps to beat bribery.

One important tool that many companies have adopted in their anti-bribery management is the adoption of the ISO 37001 standard. Launched in 2016, ISO 37001 (Anti-Bribery Management System Certification) is the latest management standard that can help companies establish and implement anti-bribery compliance policies.

Developed by the International Organization for Standardization (ISO), certification to ISO 37001 supports stakeholders in establishing processes to detect, manage, and prevent bribery within their organization. An ISO 37001 certification offers a practical approach to understanding bribery risks in your company. It is a tool that can help companies build a competitive advantage, and is insurance against reputational damage.

“Bribery is, unfortunately, a worldwide phenomenon with serious consequences for society and the economy. Companies and organizations of all types and sizes can actively fight corruption and the associated negative effects by establishing a management system in accordance with ISO 37001,” says Erich Grünes, who is in charge of certification of management systems against corruption at TÜV Rheinland.

Having ISO 37001 in place, companies will have more control to mitigate their risks by auditing and subsequently certifying their anti-corruption management systems. Another benefit is that it enables companies to document the fact that they have taken action preventing bribery and corruption altogether.

"This is an important signal not just to customers, business partners, or investors, but also to the companies' employees," continues Grünes.

With that said, let's take a look at some organizations that have beaten bribery and what their examples mean after implementing the ISO 37001 standard:

Speak to Us Today

Does your organization want to get a head start in curbing bribery and corruption within your ranks?
If your answer is yes, then you should consider obtaining the ISO 37001 standard.

As a leading testing, inspection, and ISO certification services provider, TÜV Rheinland has gained the distinction of being among the first accredited bodies authorized to grant certification for the new ISO 37001 global standard. Through a decade’s worth of experience in compliance issues and regulation, we have established our very own compliance standard that meets client needs and requirements. Through the years, our clients have relied on us to provide the best solutions to their compliance problems by utilizing current, proven technologies with cutting-edge innovations. Take advantage of our knowledge and expertise to become ISO 37001 certified today!

Disclaimer: All organizations and companies referenced are intended as case studies for educational and informational purposes only.