Vietnam is a rapidly growing socialist country, with a population of 93 million people in a land area of 329, 241 km2 (which is about 90% of Japan's land area). For us in temperate regions Vietnam has the image of being a land of everlasting summer, but for example Hanoi, the capital of the country and located in the northern region of Vietnam, has changing seasons. The winters in Vietnam are not very cold, with the temperatures being about those of late autumn in central Japan. However, you may see Vietnamese in down jackets riding motorbikes in Vietnam’s streets in the wintertime. 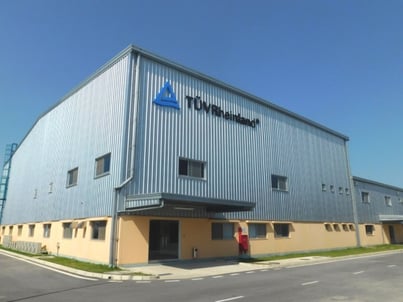 It was in early 2016 that TÜV Rheinland established its state-of-art EMC testing laboratory in Hanoi, the capital of Vietnam. This testing laboratory is located in Thang Long Industrial Park II, an area that was developed exclusively for Japanese-affiliated companies; it is situated about one hour by car from the city of Hanoi. This EMC testing laboratory has been awarded an ISO/IEC 17025 accreditation. It is equipped with an anechoic chamber (10 m), a shielded room (4 m x 6 m), a pulse immunity test room, and a plumbing system for testing washing machines. At present, the testing laboratory provides testing services for IT equipment, home appliances and air conditioners (single phase and in limited sizes). 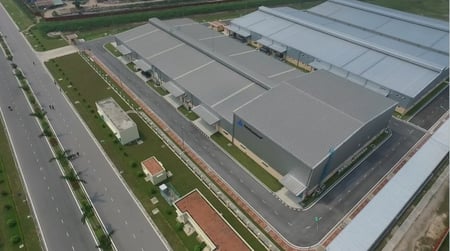 In January 2017, test reports for CR mark certification published by TÜV Rheinland started being accepted by Quatest 1 (Quality Assurance and Testing Center 1 ) and TÜV Rheinland's EMC testing laboratory became registered as an EMC testing laboratory approved by STAMEQ (the Directorate for Standards, Metrology and Quality) *1. The EMC testing laboratory is staffed mainly by Swiss and Vietnamese engineers, and service is available in Japanese, English, German, and French, as well as Vietnamese. Japanese representatives are permanently stationed in Hanoi to provide support to customers. Please feel free to contact us about EMC and the safety testing of electrical products in Vietnam.