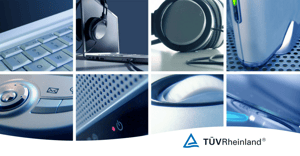 Located at Shah Alam (Selangor) in the heart of Malaysia’s manufacturing industry, the new CBTL lab puts TÜV Rheinland closer to customers. It is equipped to test and certify household appliances and audio/video equipment. The lab will significantly speed up the CB testing and certification process, with products being tested locally rather than being sent to other countries.

“TÜV Rheinland is steadily and sustainably expanding its service portfolio to meet the growing challenges posed by the international market. The opening of this brand-new CBTL facility in Malaysia adds to our global laboratories network of 70 CBTLs operating under 4 different national certification bodies. Malaysia has been identified as a future potential growth market, hence we are looking for further investment opportunities not only in electrical safety and energy efficiency, but also in the area of Electro Magnetic Compatibility to ensure one stop shop services to our clients in Malaysia at their door step,” said Mr. Holger Kunz, Executive Vice President Products at TÜV Rheinland.

The approval criteria for electronic products are complex and, in some cases, vary considerably from country to country. The CB Scheme developed by the IECEE offers a standardized procedure to make it easier for manufacturers to gain market access and to harmonize testing requirements. Over 50 countries – including all the major economic powerhouses – are part of this multilateral agreement.

“Since it is so close to their operations, customers can actually watch the testing as it takes place at the laboratory. That proximity is a huge advantage because it makes it much easier to discuss and resolve any issues that arise during testing, which reduces the possibility of delays and accelerates speed to market,” said Mr Varma.

TÜV Rheinland’s new CBTL lab in Malaysia began operating in November 2017, and has already tested a wide range of household products for safety and energy efficiency. It can carry out CB testing for household appliances under the IEC60335-1:2010 and part 2’s standards, which covers air conditioners, fans, vacuum cleaners and related components. The lab also conducts CB testing and produces the required reports for AV equipment under the IEC60065: 2014 standard.

The lab’s extensive capabilities also cover ISO standards, enabling it to offer customers a range of popular services, such as energy efficiency testing for air conditioning products under the ISO 5151:2004 standard.

The facility is fully accredited to perform testing to local criteria developed by the national standardisation and accreditation body, the Department of Standards Malaysia (DSM). These include air conditioning energy efficiency testing to the MS ISO 5151:2004 standard and MEPS (minimum energy performance standard) reports for air conditioners under MS 2597:2014.)

“In addition, the new CBTL lab carries out factory and product inspections. It also provides a host of Market Access Services, such as helping customers ensure that their products are fully G-Mark compliant. This is a requirement for goods aimed at the US$3.2 billion Gulf region market, which is regulated by the Gulf Standardization Organization,” said Mr. Varma.