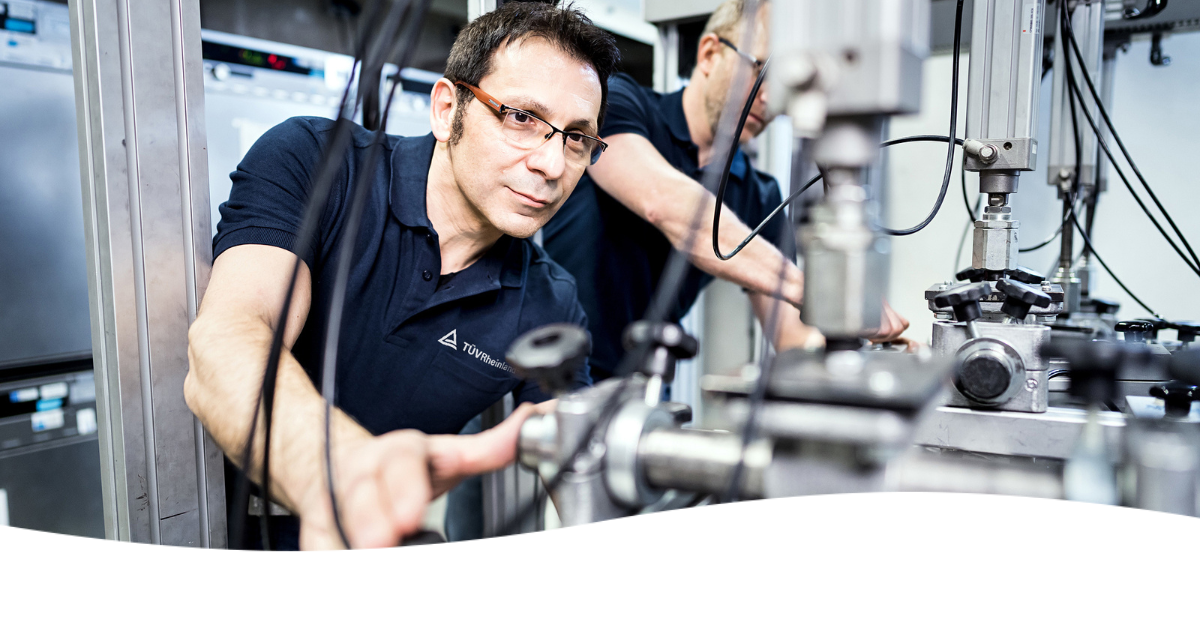 TÜV Rheinland: Shaping the future with safety – for 150 years

TÜV Rheinland founded on October 31, 1872 / From steam boiler monitoring association to global service provider for almost all industries / Well positioned for the requirements of the future / Over 20,000 employees / Active in 69 countries / www.tuv.com

Technology should benefit people and not harm them. This guiding principle has characterized TÜV Rheinland’s self-image for 150 years. The factory owners who founded the “Association for the Supervision of Steam Boilers in the Districts of Elberfeld and Barmen, DUV” in what is now North Rhine-Westphalia, Germany on October 31, 1872 felt committed to this humane principle. While at that time there were ten test engineers who checked the safety of steam engines, there are now more than 20,000 employees worldwide who embody the still progressive founding idea of TÜV Rheinland, as DUV has been renamed to and generate annual sales of over 2 billion euros. From Cologne, the location of the headquarter of TÜV Rheinland, to Cape Town, from Shanghai to Mexico City, they follow one mission: to make the world safer.

A success story from the start

“The privately organized tests and inspections worked so well right from the start that the German governmental authorities very quickly commissioned the association to carry out sovereign safety inspections. And not only in the area of steam boilers. The more industrialization progressed, the more new tasks were added. TÜV Rheinland was then soon also entrusted with the inspection of elevators, power plants and tank farms,” explains Prof. Dieter Spath, President and Chairman of the Board of TÜV Rheinland Berlin Brandenburg Pfalz e.V., the association that is the sole shareholder of TÜV Rheinland AG.

TÜV Rheinland became an irreplaceable authority. As a result, the fields of activity grew. The TÜV inspectors developed into true all-round experts who also found their tasks in the transport sector, especially since locomotives and ships were still powered by steam at the beginning of the 20th century. In 1904, the DUV then entered the testing of motor vehicles. Today, TÜV Rheinland is still associated with the automobile and tests up to 10 million vehicles worldwide every year.

“Safety fulfills a basic human need and is a prerequisite for quality of life and sustainable solutions for the future,” says Prof. Dieter Spath. “We have been making a significant contribution to this with our independent testing for 150 years.”

On course for expansion for decades on behalf of safety

In 1993, the corporate structure was reorganized, resulting in the foundation of TÜV Rheinland AG. “Even 150 years after our founding, we are fully committed to the task we have set ourselves of reliably ensuring safety and quality. These values are a fundamental part of the culture of our entire group of companies and are firmly anchored in the statutes of the TÜV Rheinland Berlin Brandenburg Pfalz e.V.,” explains Prof. Dieter Spath,

During the 1990s, TÜV Rheinland expanded its presence throughout Germany and merged with other TÜV associations. In the 2000s, the ever-growing group of companies was renamed TÜV Rheinland Group – an indication of the Group’s increasing internationalization. Today, TÜV Rheinland is active in 69 countries and employs over 20,000 people, globally.

“People from far more than 100 nations work hand in hand in our company,” says Dr. Michael Fübi, CEO of TÜV Rheinland AG. TÜV Rheinland employs 12,000 people outside of Germany, including 4,000 at its largest foreign location, in China.

TÜV Rheinland has been investing not only in companies, but also in vocational training and continuing education. The wide range of courses on offer not just aims at the company’s own employees. External employees can also count on the expertise of TÜV Rheinland: For example, TÜV Rheinland Academy offers more than 15,000 events annually at the Cologne campus for around 200,000 participants in more than 130 areas. This makes TÜV Rheinland one of the largest providers of continuing vocational education in Europe.

Ideally positioned for the requirements of tomorrow

By expanding its presence worldwide, the globally strong TÜV Rheinland brand has set the course for the future at an early stage. “At a time when all companies need to pay more attention to their global value chains, we are the partner of choice who can help locally with reliable experts,” explains CEO Dr. Fübi.

The company has constantly conquered new business areas: Whether in the areas of cybersecurity, the latest digital technologies such as 5G, the development of test procedures for artificial intelligence applications, sustainability or management systems. “TÜV Rheinland is playing at the forefront worldwide. This also applies to new drive technologies, for example through the establishment of one of the world's most modern test centers for drive batteries of electric vehicles. Another example is our Battery Quick Check. The aim of this new service is to evaluate drive batteries of electric vehicles. When it comes to steps into the future, TÜV Rheinland often sets standards,” explains TÜV Rheinland CEO Dr. Michael Fübi: “We are looking ahead. For 150 years, our motto has been: We see ourselves as a partner of new technologies because we make innovations successful through safety – yesterday steam boilers, today renewable energies, tomorrow artificial intelligence. True to the motto: ‘We make the future a little safer’. The high innovative strength of TÜV Rheinland is possible because the principle of making technical progress safer has not only remained unchanged for 150 years but is also the motivation for the future”.