Following the 2015 Paris agreement at COP21, more and more countries are now acknowledging the need to lower the world’s carbon footprint and play their part in tackling climate change. However, as temperatures continue to rise around the world, the use of air-conditioning systems will inevitably see a jump, especially in warmer tropical climates.

Within the sphere of households, emphasis has been placed on more efficient air-conditioning systems,
given their signifi cant contribution to overall household energy use. Household consumers are increasingly on the lookout for such systems, which makes sense for the environment and utility costs. 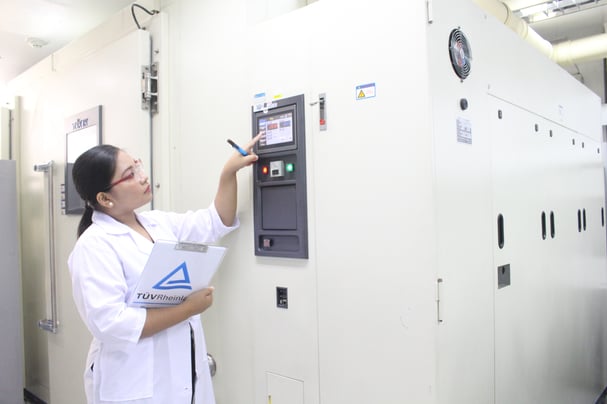 To ensure new air-conditioning systems are compliant with energy effi ciency standards, manufacturers need to have their product prototypes tested by the relevant certifi cation bodies during the development phase. These test results enable manufacturers to have an accurate gauge of actual
performance.

One key problem manufacturers face is the time delays, logistic hassles and opportunity costs of
sending a prototype to such a laboratory. It takes around two days to test the energy efficiency
of single-system air conditioners, and three to four days for multiplesystem makes.

Taking this issue into account, TÜV Rheinland has established laboratories in close vicinity to
manufacturers. One such facility is the Korean Energy Efficiency Laboratory located in Changwon,
an industrial city in the southern part of Korea where many manufacturers and industrial complexes reside. Today, TÜV Rheinland’s customers in the area enjoy more readily available testing and inspection services.

Air-conditioning systems have to comply with the respective energy efficiency standards of export destination countries. While a majority of developed nations have adopted the International Organization for Standardization (ISO) standards, others like Australia, New Zealand, United Arab Emirates and Saudi Arabia have their own set of national regulations, many of which are becoming progressively stricter to protect the environment.

A New Frontier in Asia Pacific

Since 2014, TÜV Rheinland has launched two new laboratories in Korea. The emphasis on the ASEAN
market continued with the opening of a laboratory in the Philippines in 2015. Another two are slated
to open this year in Thailand and Malaysia. This strategic push into ASEAN is attributed to the region’s increasing dominance in home appliance manufacturing. Just as the three corners of the TÜV Rheinland triangular logo symbolize the interaction of man, technology and the environment, the role of energy efficiency testing will guide both consumers and manufacturers in this part of the world on a more tangible path towards environmental sustainability.

Find out more about the latest trending topics in the industry our quarterly customer newsletter tuv.communication: