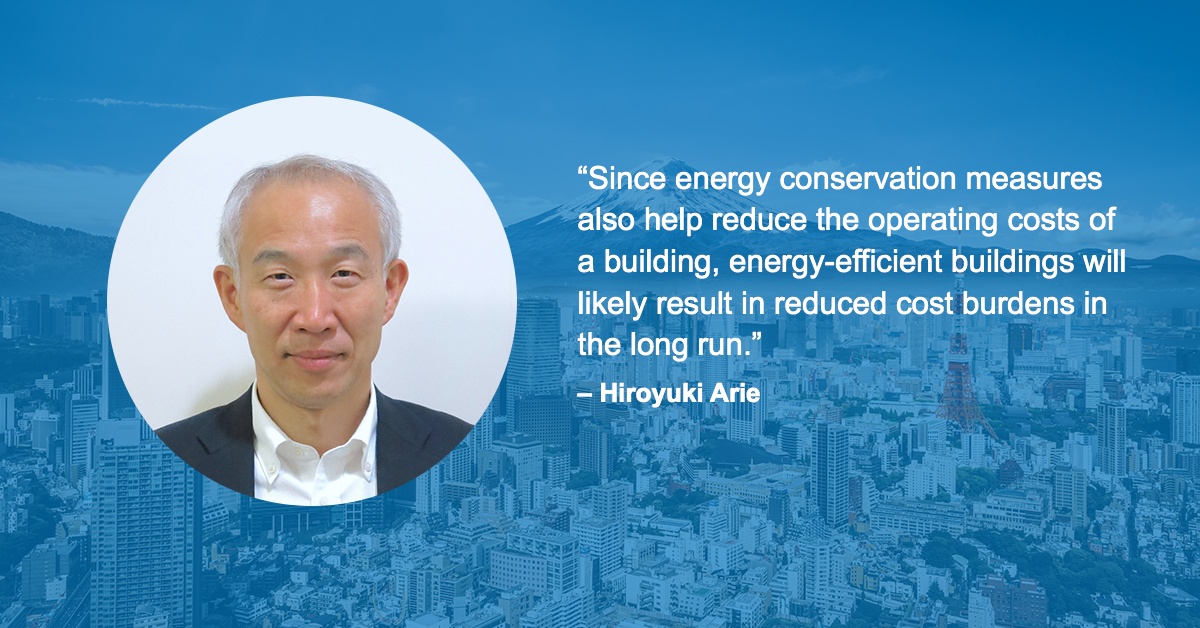 Fire, typhoon and earthquake resistance of buildings has long been of paramount importance in Japan.As far back as the Edo period (1603–1868), Japan’s houses have been hit by natural disasters such as earthquakes and typhoons, while the primarily wooden structures (meant to facilitate ventilation during warm summers) were prone to fire.

Due to the rapid economic growth in Japan in the 1960’s, the Japanese industry began to promote the popularity of air conditioners. This made Japanese people become aware of the desirability of airtight houses, and led to the establishment of the Energy Conservation Act of 1979.

Since then, Japan’s building standards and energy-conservation standards have been substantially revised.

Since the adoption of the Kyoto Protocol in 1997, people have increasingly turned a sharp and critical eye toward the wasteful use of energy that leads to climate change.

Consequently, the trend to suppress the use of fossil fuel-derived energy has accelerated.

Japanese authorities concerned with building regulations have thus started to change their perspective from seismic resistance and fire-prevention to one that looks at energy performance.

Regulations for energy-efficient buildings, covered by the Energy Conservation Act, became partly mandatory in 2017. Construction will not be permitted unless certain kinds of conformity are demonstrated, such as with regards to thermal insulation, air-tightness, and eventual energy consumption of the building. Complete conformity to the requirements is scheduled to become mandatory in 2020.

In addition, when a European or U.S. company rents or procures a building in Japan, they often require the building to conform to stringent regulations such as LEED (U.S.A.), BREEAM (U.K.), GSBC (Germany) and CASBEE (Japan) in terms of environmental and energy-conservation performance.

The Effects of Energy Conservation Regulations on Industry

While Japan’s energy efficiency regulations are far behind those used in Europe and the U.S., it is expected that over time, those regulations will be improved and enhanced at a rapid pace.

This article first appeared on JapanIndustryNews.com. Click here to read the full article.